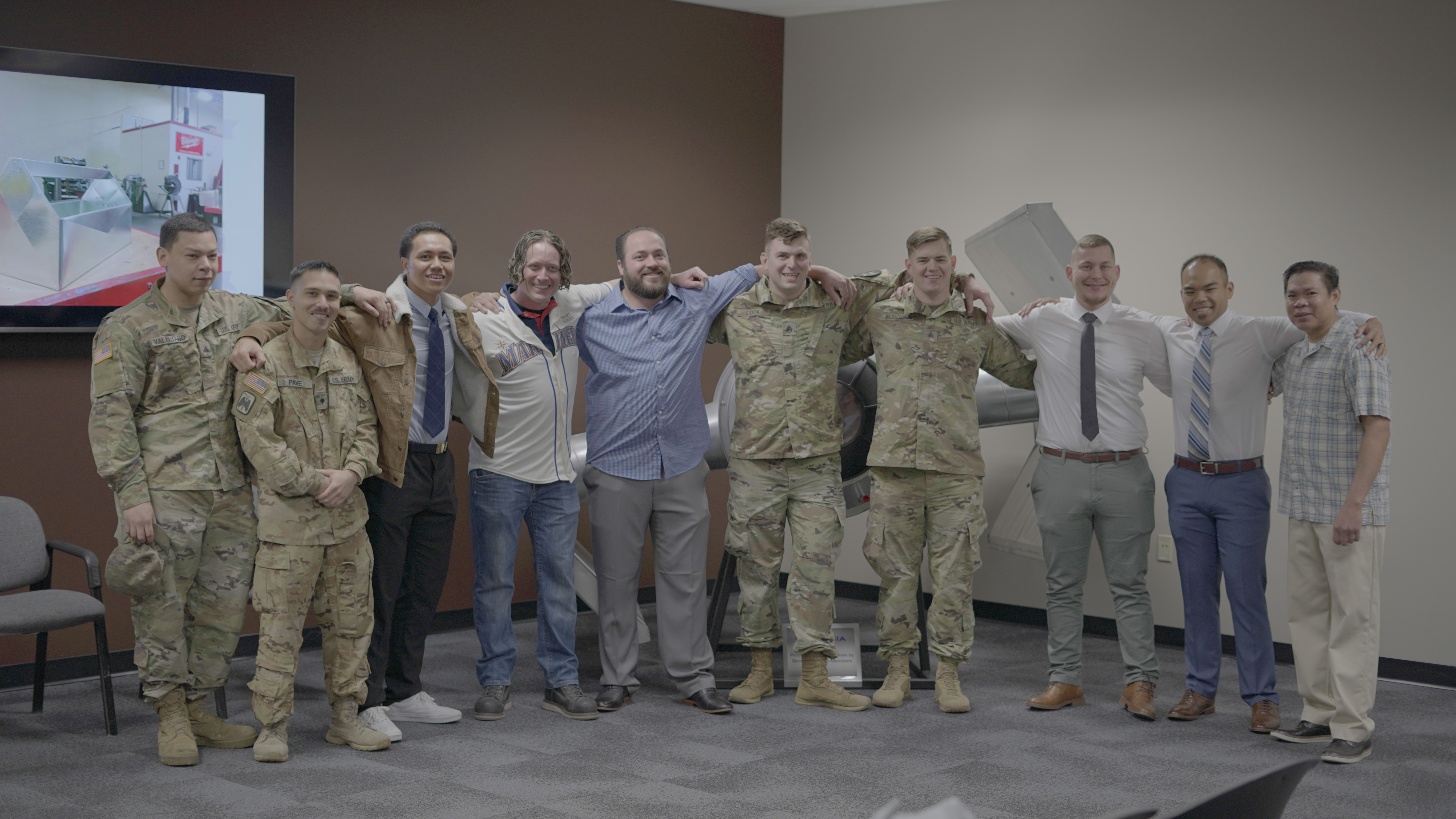 In order to graduate, participants completed a seven-week course to earn the equivalent of their first-year sheet metal apprentice training (224 hours). Upon discharge from service, these graduates may choose to enter any of the 150-plus SMART apprenticeship programs in the United States and be provided direct entry and advanced placement as a second-year sheet metal apprentice, including a high probability of obtaining second-year apprentice wages and benefits.

Hutchins, who served as a diesel mechanic in the Army, said he knew right away the SMART Heroes program would be a good fit for him.

“I have always had a passion for working with my hands and building things,” he said. “I heard about the program and knew it would be a beautiful opportunity to do just that as well as to be able to provide for my family.”

Hutchins added that he loves the hands-on variety of sheet metal work.

“We’re in the shop just about every day,” he said. “Most days we’re working on multiple fittings, and the class doesn’t slow down. It’s challenging. There is never a time when it gets repetitive.” Vega, who served two tours in Korea, said he found SMART Heroes exciting.

“I am learning about a career that I’ve always been interested in,” he said. “I have already recommended the program to my military peers. It’s a great opportunity to learn new things and a great way to make a living after the Army.”

Launched in August 2018, the SMART Heroes program was established to provide free sheet metal industry training to enlisted U.S. Military men and women who plan to enter the civilian life within the year, thereby assisting in a successful transition into the civilian workforce.