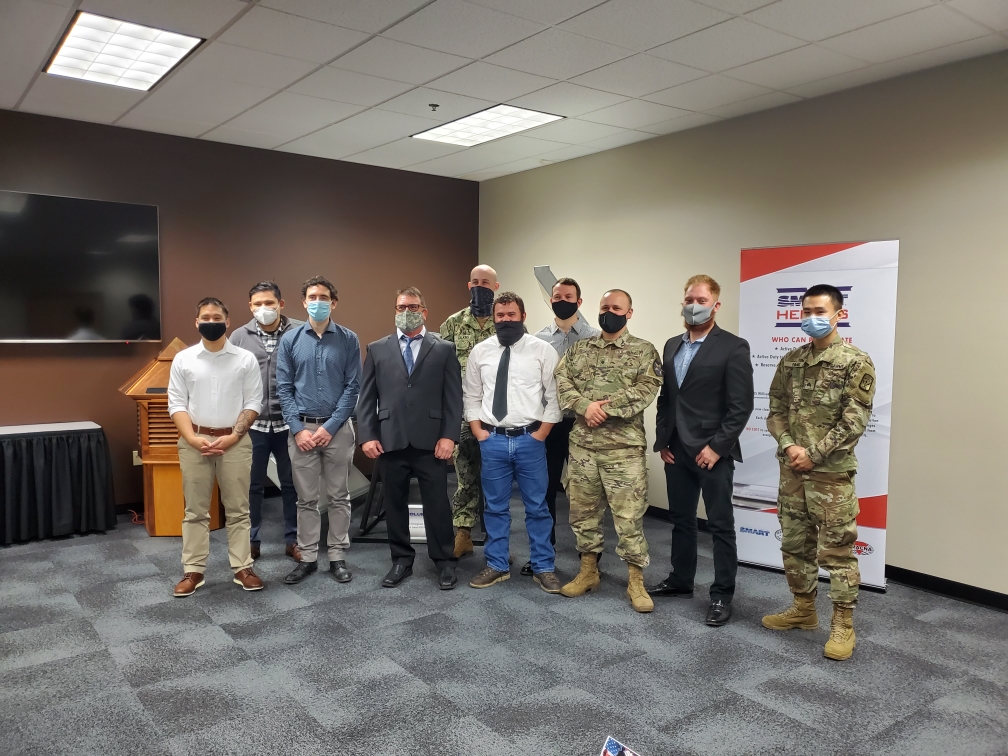 US military members tap apprenticeship program to train for careers

The program helps participants learn a new skillset, which can lead to a new career once they’re out of the military.

“The instructors were very knowledgeable and didn’t mind helping the students with anything. I liked how everything was hands-on training with a couple hours of class work,” said Ong, a Marine Corps veteran. “I have already recommended this program to my military peers because of the amazing benefits and the skills we have learned in the military can transfer to any job outside.”

In order to graduate, participants completed a seven-week course to earn the equivalent of their first-year sheet metal apprentice training (224 hours). Upon discharge from service, these graduates may choose to enter any of the more than 140 International Association of Sheet Metal, Air, Rail and Transportation Workers (SMART) apprenticeship programs in the United States and be provided direct entry and advanced placement as a second-year sheet metal apprentice, including a high probability of obtaining second-year apprentice wages and benefits.

The curriculum for the SMART Heroes program was created by the International Training Institute (ITI), the education arm of the unionized sheet metal, air conditioning and welding industry. The ITI, together with SMART and the Sheet Metal and Air Conditioning Contractors’ National Association, created the program in collaboration with SMART Local 66, SMACNA Western Washington, Western Washington Sheet Metal training center and Helmets to Hardhats.

Launched in August 2017 in Washington, the SMART Heroes program was established to provide free sheet metal industry training to active duty U.S. Military men and women who plan to enter the civilian life within the year, thereby assisting in a successful transition into the civilian workforce. The second location in Colorado Springs began offering the same training in August 2019.