SMART Heroes graduated eight members of the United States Army, including one member of the Army National Guard, from its program Monday, April 19, at its Colorado location, Sheet Metal Workers Local 9, 1420 Quail Lake Loop in Colorado Springs. In order to graduate, service members completed a seven-week course to earn the equivalent of their first-year sheet metal apprentice training (224 hours). 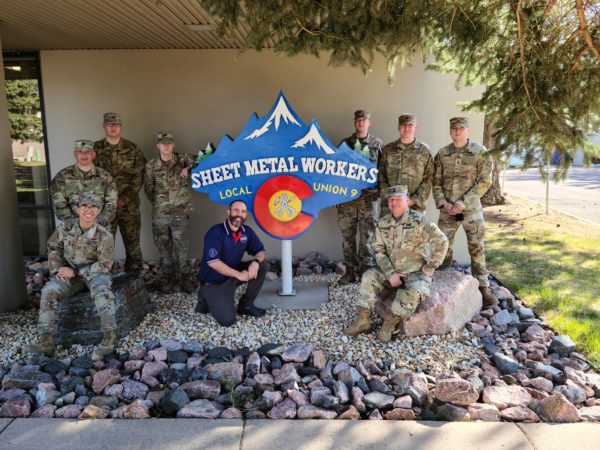 Denis McDonough, United States secretary of Veterans Affairs, provided a pre-recorded message to play during the graduation ceremony. It’s an American responsibility to support veterans during and after service, he said.

“We must all work together to help fulfill our nation’s most sacred obligation. That’s why the president has put forth an ambitious plan to grow our economy with good union jobs,” McDonough said. “That’s how we can support all families, including yours. The SMART Heroes program is an important part of that effort, helping our veterans make that sometimes challenging transition from uniform service to civilian life. It is part of building a stronger, more resilient and more productive America.”

The video in its entirety can be found here.

Launched in August 2017 in Washington, the SMART Heroes program was established to provide free sheet metal industry training to active-duty U.S. military men and women who plan to enter the civilian life within the year, thereby assisting in a successful transition into the civilian workforce. The second location in Colorado Springs began offering the same training in August 2019.