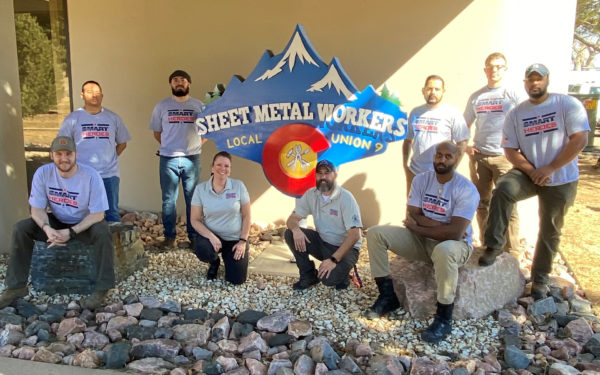 SMART Heroes graduated six active-duty members of the United States Army and one veteran from its program Friday, Feb. 18, at the training center of Sheet Metal Workers Local 9, 1420 Quail Lake Loop in Colorado Springs. In order to graduate, service members completed a seven-week course at the center to earn the equivalent of their first-year sheet metal apprentice training (224 hours).

Launched in August 2017 in Washington, SMART Heroes provides sheet metal industry training through an accelerated seven-week program for active-duty U.S. military men and women and recent veterans who plan to enter civilian life within the year, assisting with their successful transition to the civilian workforce and a satisfying lifelong career in the sheet metal industry. The second location in Colorado Springs began offering the same training in August 2019.